In the effort to describe the idea to folk, I thought of calling Lifegym a Dojo. Enlightening…?

A dōjō (道場) is a hall or space for immersive learning or meditation. This is traditionally in the field of martial arts, but has been seen increasingly in other fields, such as meditation and software development. The term literally means “place of the Way” in Japanese. 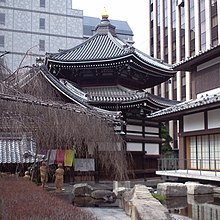 Initially, dōjō were adjunct to temples and were formal training place for any of the Japanese arts ending in “-dō“, from the Chinese Tao (or Dao), meaning “way” or “path”. Sometimes meditation halls where Zen Buddhists practice zazen meditation were called dōjō.[1] The alternative term zen-do is more specific, and more widely used. European Sōtō Zen groups affiliated with the International Zen Association prefer to use dōjō instead of zendo to describe their meditation halls as did their founding master, Taisen Deshimaru.

In Japan, any facility for physical training, including professional wrestling, may be called a dōjō.[2] In the Western world, the term dōjō (when related to physical activity) is used exclusively for Japanese martial arts such as aikidō, judō, karate-dō, etc.[3]

4 thoughts on “A Dojo for creative misfits”